Supporting and conserving the local flora and fauna is at the center of our ethos ever since our inception in 2009. We actively look to sustainably source our raw materials in harmony with the ecosystems supporting the growth of these valuable products of nature. These Align with Goal 15 (Life on Land) of the United Nations Sustainable development goals.

Help Save The Majestic Ceylon elephant project is an ongoing project carried out by Spa Ceylon to conserve the depleting elephant population in Sri Lanka. A key issue that has been identified is injured elephants (either through human-elephant conflict or through natural causes) succumbing to their injuries.

The donations made through our Help Save The Majestic Ceylon range go to causes that support and conserve the depleting elephant population in the country.

In 2018, we funded the building of certain parts of the Udawalawe Elephant transit home (which houses injured elephants before releasing them to the wild), including the Elephant Wellness center.

We have also hosted expert panel discussions, which are integral in raising awareness about the elephant population in Sri Lanka and coming up with innovative solutions to conserve their population.

In accordance with Panel discussions, Spa Ceylon has actively participated in projects such as Project Orange Elephant, which used the growing of the local orange pani dodang as a natural deterrent to human-elephant conflict, as the aroma of the fruit was found to keep the elephants away. Further, we also used blinking lights, which deterred elephants from venturing out onto village territory, possibly harming themselves as villagers feel threatened. Project Orange Elephant also allowed the villagers to supplement their incomes by selling the local oranges.

Spa Ceylon worked with the Sri Lanka Wildlife Conservation Society (SLWCS) in identifying an area with an excess of invasive plants, which had taken over the native plants in that area. A piece of land was found in Wasgamuwa, which is in the central region of Sri Lanka. The invasive plants were cleared and 109 host plants were planted in that area with the aim of supplementing butterfly conservation.

Butterflies are important to the ecosystem because they aid in pollination and natural disease control and are well known to be a natural indicator of the health of a given ecosystem. By 2019, we were able to identify forty-seven species of butterflies, including one that is endemic to Sri Lanka, while species of plants had grown to thirty species. This essentially created a biodiversity hotspot that will have a lasting impact on the Wasgamuwa National Park for years to come.

The Community Trade Aloe Vera project was initiated by the Marine & Coastal Resources Conservation Foundation (MCRCF), in partnership with the Janet group in 2011, after identifying the grave dangers of multiple issues in the Kalpitiya Fishing Communities. Aloe Vera farming provides sustenance for the families of Fishermen, who often find that yields reduce during the off-season.

Aloe Vera is a product that has multiple benefits to the human skin, such as rehydration, healing, and soothing. It is a key ingredient in Janet’s and by extension, Spa Ceylon’s product range, with figures close to around 100-200 kilograms of Aloe Vera being used in the production of cosmetics by the group on a day-to-day basis, used in products such as bath & massage oils, massage balms, shower gels, cleansing bars, hair cleansers & conditioners, scalp massage oils & hair oil mists, body oil mists, relaxing body mists & the highly concentrated Spa Ceylon Pure Aloe Gel – the panacea for every skin condition.

Aloe Vera farming, for the past ten years, has been providing the rural communities with additional finances to support their families, keep themselves safe, while also helping the ocean ecosystems as fishermen don’t rely on harmful practices for the ocean ecosystem, such as Coral Mining. This reaffirms the belief that Spa Ceylon has in aligning itself with the 2030 agenda of the United Nations Sustainable Development goals, in this case, Goal 14 (Life below water) as well as Goal 1 (No poverty). This interestingly also supplemented our commitment to Goal 5 (gender equality), as it empowered the woman in the fisher families, who were now earning money and therefore had leverage as decision-makers in the household.
Spa Ceylon has committed to a fair fixed-price agreement to purchase the entire aloe vera harvest produced by these rural fishing communities, which is mutually beneficial, as Spa Ceylon has a guaranteed supply of organic, fresh Aloe Vera to use in its products, while the communities get a guaranteed income to rely on. The prices have been increased along with the Market Rate for Aloe Vera, which pays a fair price to the farmers in exchange for their efforts.

We actively look to support the people who make the sourcing and production of our products possible. We make a conscious effort to give back to the people that make what we do possible. The Projects we have done have addressed Goal 1, 4, 5, and 8 of the United Nations Sustainable Development Goals. These address No poverty, Gender Equality, Quality Education Decent Work, and Economic Growth.

Spa Ceylon actively contributes to the International Christmas Charity Bazaar. The Charity Bazaar in March 2020 was given to an organization named Awakening Lanka, which conducted a project called Appe Lanka, contributing to the rural development of a village called Poonakary, which had been greatly affected by the Sri Lankan civil war.

Appe Lanka provides psychosocial development to the people of the village, with thirty dedicated counselors for this purpose. They have also provided computers, bicycles, and solar power to develop the village.

Room to Read is a project that was implemented in order to ensure that rural women had the power to read and access information that would help them in their lives. This focused on reading development and gender equality. This collaboration has allowed many women to move forward in life while making it up the corporate ladder.

Plastic is sorted into different categories, which have different levels of recycling needed. PET plastic is then recycled. We are also looking to move to PCR Plastic in the near future, which is easier to recycle than other plastic types. All Spa Ceylon outlets have a deposit area for used plastic bottles. This recycling process is also incentivized where customers will get up to 10% off up to a maximum of Rs.500 if the empty PET containers are brought to any of our outlets. (w.e.f. 12-05-2022)

Glass waste is given to Ceylon Glass Company, which recycles or reuses 100% of our glass waste.

Since there is no efficient way to recycle the metal tubes that our lotions and certain shampoos come in, they are incinerated in the production of cement by a local company called Insee Ecocycle Lanka (Private) Limited.

Our factories produce a very minimal amount of industrial waste- mostly in the form of excess water from production. We have in-house septic tanks that help treat this water before handing them over to local authorities to be put back into circulation.

We use Sealed collection tanks and Treat 100% of our production wastewater and Sewerage water.  Treated sewerage water is used for gardening and treated production wastewater is disposed through bowser to approved government water treatment plants – yes at a cost. We make sure we maintain the approved minimum water specification levels before disposing of water. We do have an in-house water testing facility.

We aim to be fully carbon-neutral before 2030. Our manufacturing processes do not produce a large amount of carbon waste, but we aim to harness the power of solar energy to fully move to a production facility that does not emit excess carbon dioxide into the atmosphere. We believe this is crucial in ensuring a sustainable future. 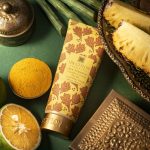 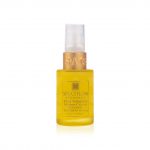 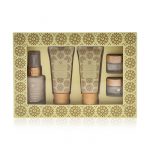 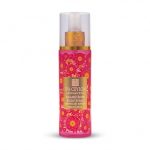 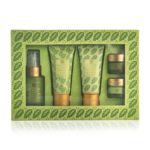